Zippy Chippy ran 100 races and lost 100 times. But he was a star, one of People magazine’s 50 Most Intriguing People. And so many fans bet on him that he routinely went off as the favorite. Now, in retirement, champion thoroughbreds who earned millions of dollars owe their lives to this ornery old cuss. 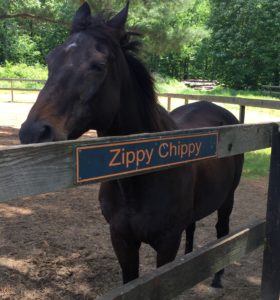 Zippy Chippy ran 100 races and lost 100 times. But he was a star, featured in People magazine and on “Good Morning America,” among many others. So many fans bet on him that he routinely went off as the favorite. Most of those fans didn’t know that Zippy was hardly a lovable underdog who goshdarnit gave it his all but wasn’t good enough.

“Nobody got too close to him,” says William Thomas, author of the horse’s biography: The Legend of Zippy Chippy. “Even the grooms and the hotwalkers were very leery.”

Zippy was, and at 26 still is, an ornery cuss. He’s been known to bite, and he once caught his owner and trainer, the late Felix Monserrate, by the back of his jacket and held him suspended in midair for 15 minutes. Track workers came running at the sound of Monserrate’s screams, but they weren’t able to help him. They were laughing too hard.

Zippy Chippy had a champion’s bloodlines. He’s a direct descendent of Man o’ War, three Triple Crown winners and the greatest broodmare of the 20th century, La Troienne. Bloodlines are everything in thoroughbred racing, but Zippy Chippy parlayed that advantage into a career of futility that began at Belmont Park in New York but ended at fairground tracks in Massachusetts. His career winnings were about $30,000.

Zippy Chippy lives now at Old Friends at Cabin Creek, a thoroughbred retirement farm in upstate New York whose owner, Jo Ann Pepper, refers to herself as Zippy’s mom. And here’s the twist: Zippy is so popular that, through donations and merchandise sales, his presence pays for the upkeep of a small herd of horses who won millions of dollars and stood in the winner’s circle at major races.

“This is the most beautiful irony of any story I’ve ever come across,” Thomas says.

As you’ll hear in the story, what happens to thoroughbreds when they come off the track is a serious issue in the racing industry. The Old Friends retirement farms are supported entirely by donations, volunteer work and merchandise sales. Please consider donating or, if you’re in the area, volunteering. Visit OldFriendsEquine.org to learn how you can help these magnificent animals.

This summer Can’t Win 4 Losing visited Zippy, his caretakers and his fellow retirees, including his bosom buddy, Red Down South. Click on Zippy’s smiling face for a gallery. 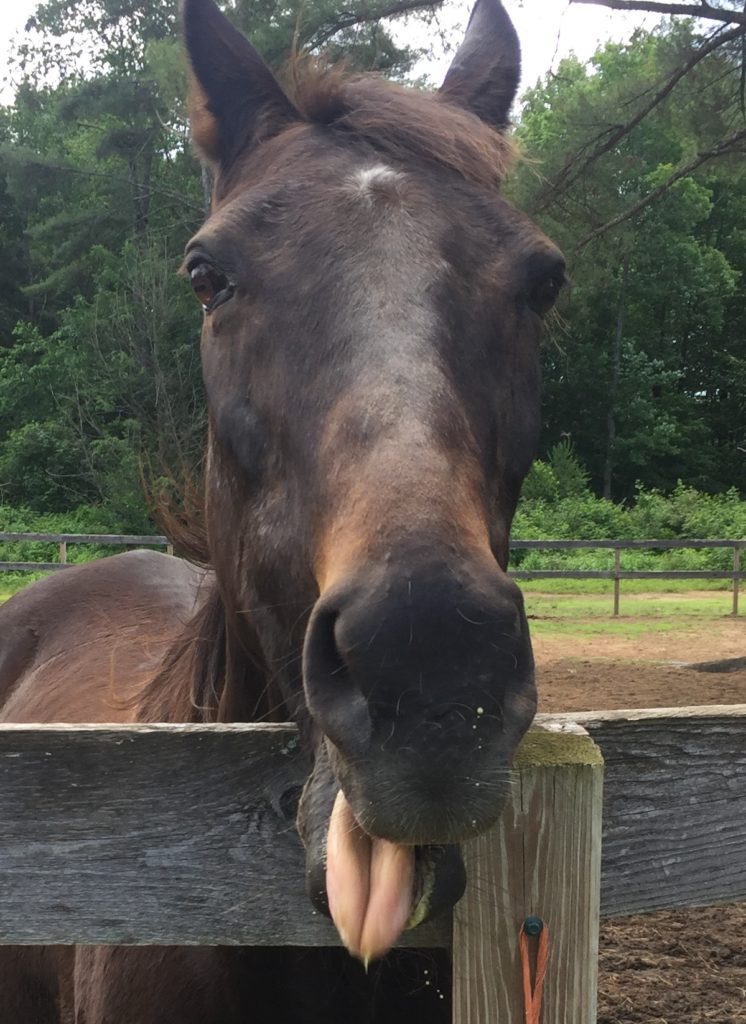 “William Tell Overture” by Rossini
“Ipanema Daydream” by Bird Creek
“The Creek” by Topher Mohr and Alex Elena
“Dreamland” by the 126ers
All are either public domain or used under a Creative Commons license.