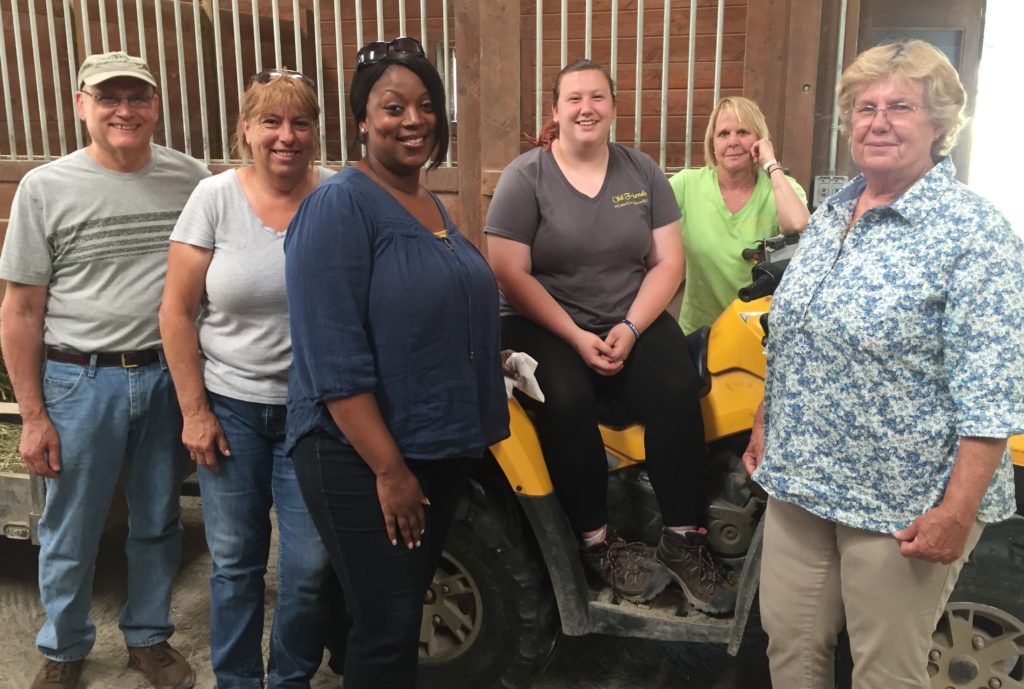 Except for William Thomas, who was interviewed on the phone, here are all the people whose voices you hear in the episode. At far left is Lenny Raucci, who you hear giving a tour of the farm and talking about how racing wasn’t really Zippy’s thing.

Next to him is JoAnn Pepper, who with her husband runs Old Friends at Cabin Creek, and who refers to herself as Zippy’s mom. Front and center is Tamani Wooley, an anchor and reporter at NY1 News in New York, who isn’t in the episode. She just happened to be there for the photo.

Sitting on the work utility vehicle is Mary Eddie, and behind her is June Shaw. They are both, like Lenny Raucci, volunteers at Old Friends. At right is Connie Bush, the photographer at Old Friends as well as at nearby Saratoga Race Course. She’s the one who says, near the beginning, that Zippy is “kind of slow moving.”

When Zippy Chippy and Red Down South met, they gently touched noses, and they’ve been inseparable since. Red once became so upset at Zippy leaving for the vet that he had to be tranquilized. Red Down South raced 31 times, won twice, and had career earnings of about $116,000, almost four times what Zippy earned. 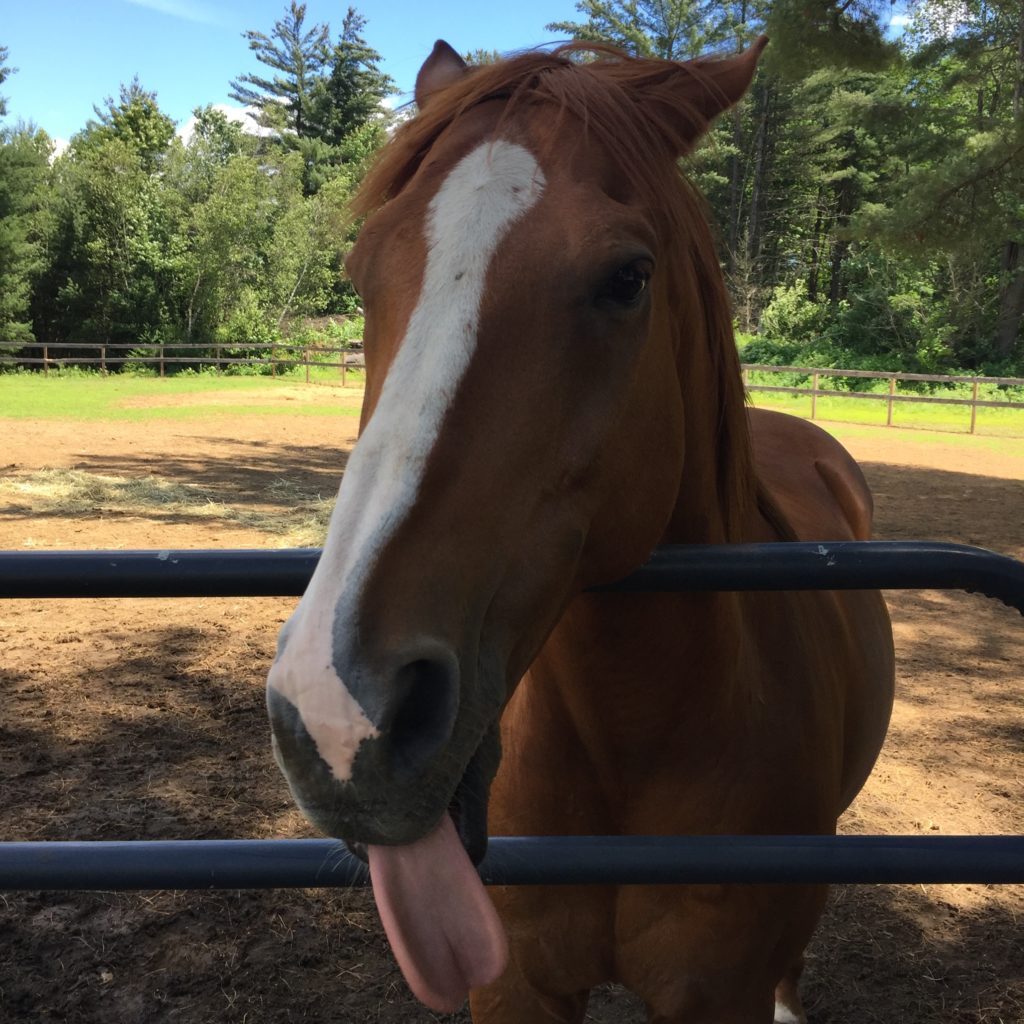 Red Down South: A portrait. 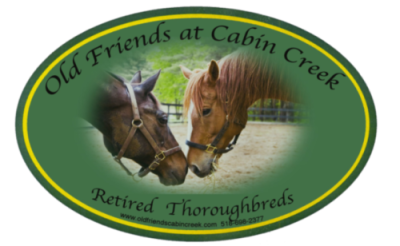 Here’s that moment when Zippy Chippy and Red Down South met. It was captured in a photograph that Old Friends now uses as a logo.

Early in the episode JoAnn Pepper points out a horse and says, “He came off the track at 10 years old and didn’t know how to be a horse at all, and he was scared and he really didn’t like other horses.” That was Be Bullish, a 12-year-old gelding who had 87 starts, won 19 and finished in the money 59 times, pulling in career earnings of $1.1 million. A quarterhorse named Patrick, who belongs to volunteer June Shaw, pictured above, taught Be Bullish how to be a horse.

As his halter notes, Will’s Way won the 1996 Travers Stakes at Saratoga, beating the winners and runners-up in that year’s Preakness and Belmont Stakes. He won six of his 13 races, finishing out of the money only twice and earning $954,400. At the beginning of the episode, when Lenny Raucci is talking about a horse that “has the desire to win” and was destined for greatness, he’s talking about Will’s Way.

This Hard Land won seven times in 49 races, earning $451,000 before being retired in 2016. His nickname is Frankie. I know why that is because I’m an American male sportswriter. It’s a Bruce Springsteen reference. 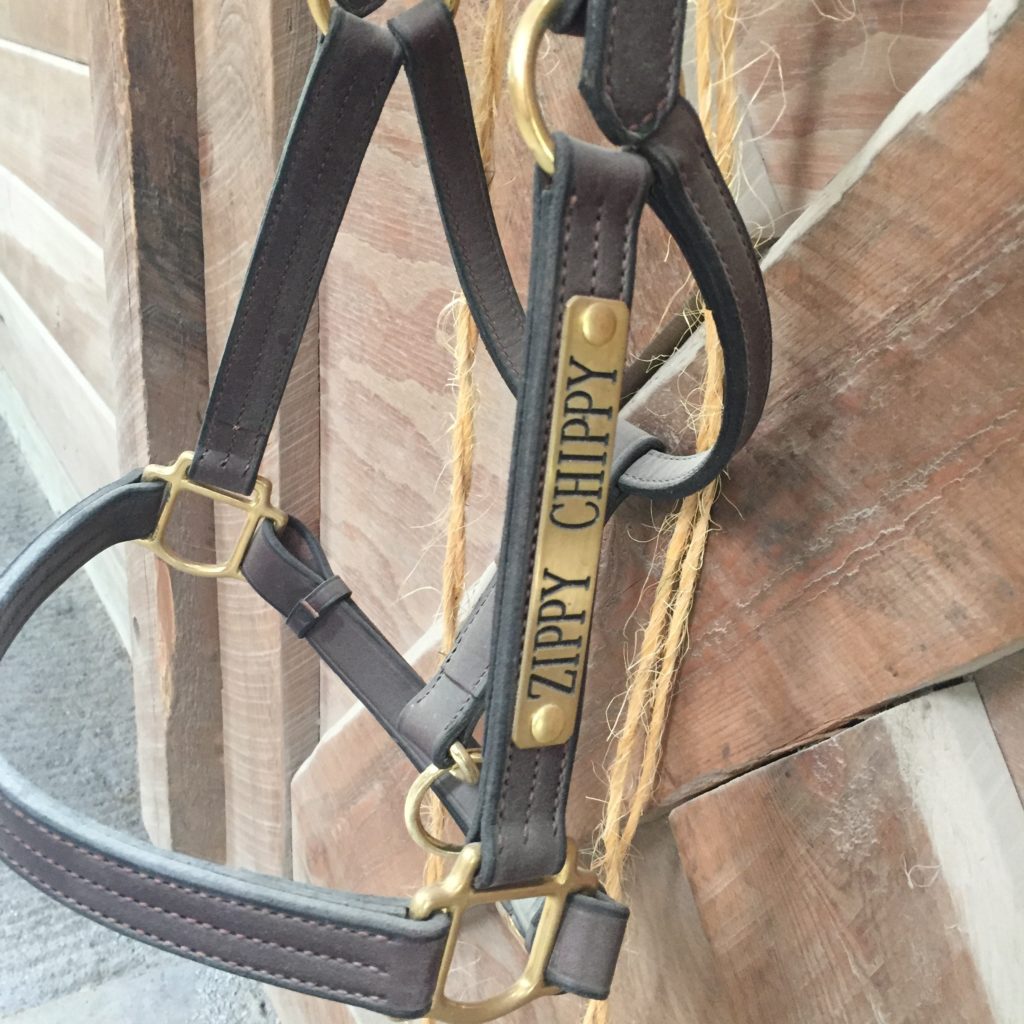 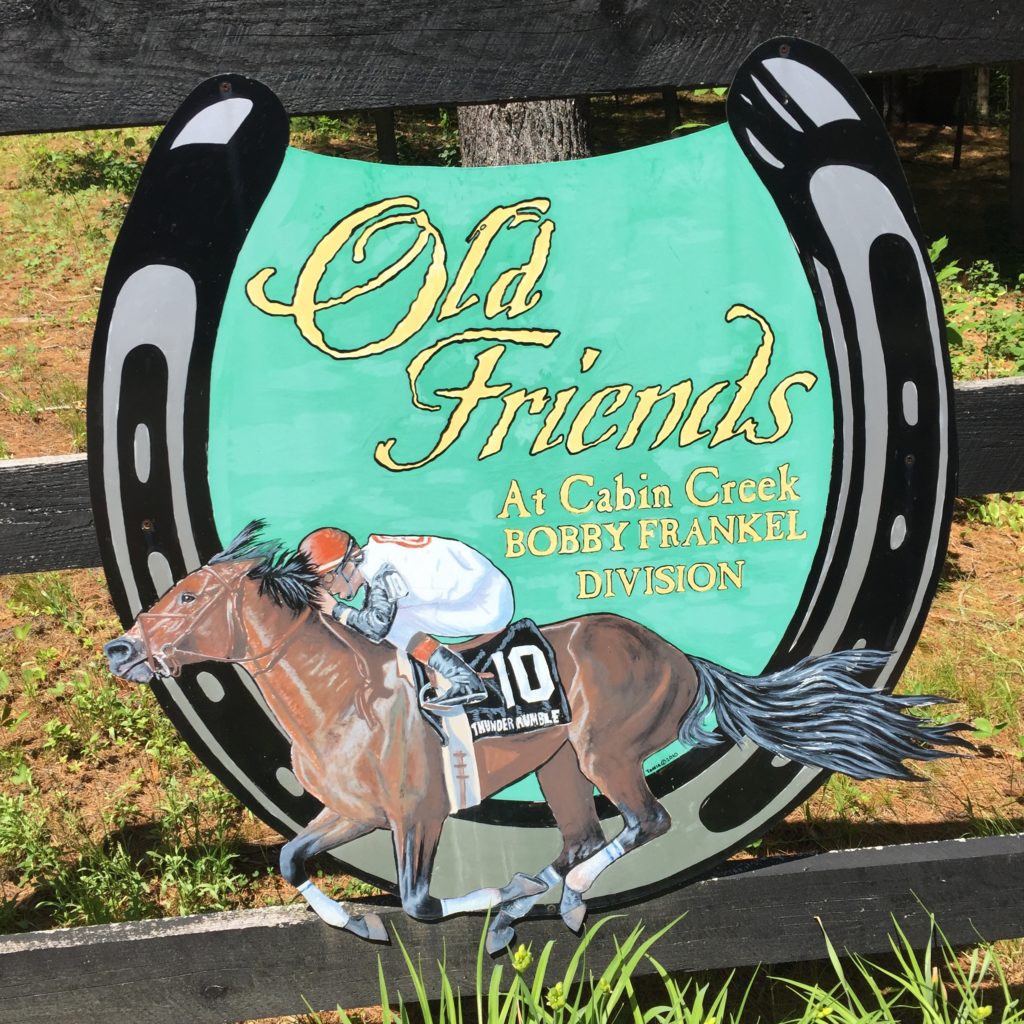